Van Cliburn: A Legacy in Action

Echoes of Van Cliburn carry throughout Bass Hall, Texas, and the world.

The votes are in, the results have been announced, and we are all deeply satisfied with the jury's decision. Various awards were given out in addition to the three medalists. Audiences all over the world chose the enchanting Rachel Cheung (25) of Hong Kong for the Audience Award. In absentia, Dasol Kim (28) of South Korea was selected for the John Giordano Jury Chairman Discretionary Award. Leonardo Pierdomenico was selected for the Raymond E. Buck Jury Discretionary Award and Tony Yike Yang was selected for the Jury Discretionary Award. Daniel Hsu (19) of the United States walked away with several awards including the Beverly Taylor Smith Award for the Best Performance of a New Work, the Steven De Groote Memorial Award for the Best Performance of Chamber Music, and was a Medalist receiving the Bronze Medal. Kenneth Broberg (23) of the United States was awarded the Silver Medal. Finally, Yekwon Sunwoo (28) of South Korea won the Nancy Lee and Perry R. Bass Gold Medal at the Fifteenth Van Cliburn International Piano Competition.

The atmosphere in the audience at Bass Hall was exciting as attendees awaited the results. Backstage was a different experience entirely. As medici.tv's on site Community Manager, I have been responsible for writing this blog and managing social media throughout the competition. Part of that job is being a keen observer of the behaviors of the competitors. Over the last three weeks, I have learned a great deal about the competitors as performers and people through my observations. While backstage waiting for their name to be called so they could take their place in the hall, I saw the usual rubbing of the hands, fidgeting, and pacing that I have come to expect from each competitor. However, I saw something unique last night. For the first time during the entire competition, I witnessed the perceived fates of each competitor hanging in the balance. Without cameras following their every move, I saw the exceedingly vulnerable, human sides to the six finalists that I fear no camera could ever truly capture.

Throughout the competition, I consistently looked for Van Cliburn's legacy in action.
I have seen his welcoming spirit in the eyes of every host family, heard echoes of his love of music from each performer, and felt his everlasting impact in the thunderous applause after every performance. Van Cliburn may have been just one person, but the influence he had in life through his work, diplomacy, and benevolent spirit only grows over time. Interacting with these extraordinary pianists reminded me of the most vital element of the very best performers: heart. It is in this way that Yekwon Sunwoo is the purest performer who most closely embodies the competition's namesake. If there were any doubt in the minds of our viewers as to whether or not Sunwoo was a worthy recipient, I would like to take this final blog post as an opportunity to dispel any doubt. Sunwoo's reaction to his name being called for the the Gold was one of sincerity and unparalleled gratitude. Learning even more about who Van Cliburn was as a man and pianist, I sincerely believe that Van would have been delighted to shake Sunwoo's hand after awarding him the Gold Medal.

Sharing my perspective on the Fifteenth Van Cliburn International Piano Competition has been an honor. Spending time with The Cliburn staff, the competitors, our webcast  Masters of Ceremonies (Anderson & Roe Piano Duo), and the audience has been a pleasure. Van Cliburn's influence and international reach extends far past the performers and the stage. I now have friends from far corners of the world that I look forward to having for a lifetime. There is only one man who could accomplish such a feat in life and death: Van Cliburn.

Thank you for joining medici.tv for the Fifteenth Van Cliburn International Piano Competition. There are simply not enough words to convey the depth of our gratitude for the 4.5 million views in over 169 countries. Our work may be done for The Cliburn for now, but we are looking forward to seeing you again in 2021. Thank you. 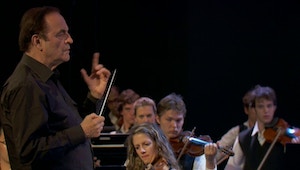 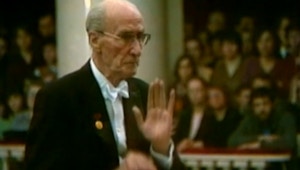 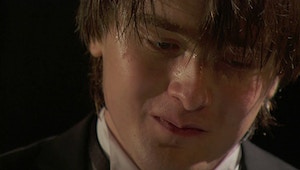 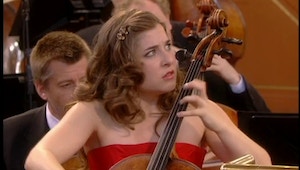